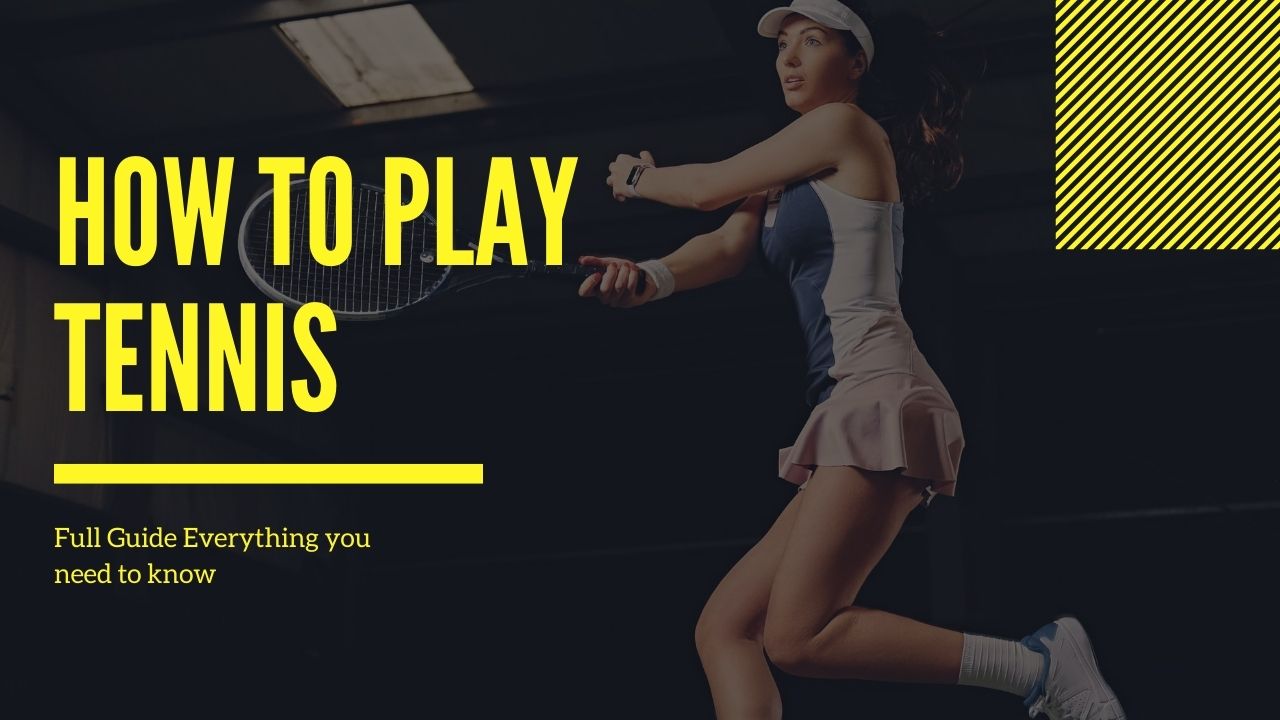 Tennis is one of the greatest games to play, it can help you stay fit and it’s also competitive and fun.

But many people don’t know how to play tennis, don’t worry it’s not that complicated. I’m here to teach you the basics of tennis. Whether you are just starting or looking to improve your tennis game.

How to prepare for a tennis match? 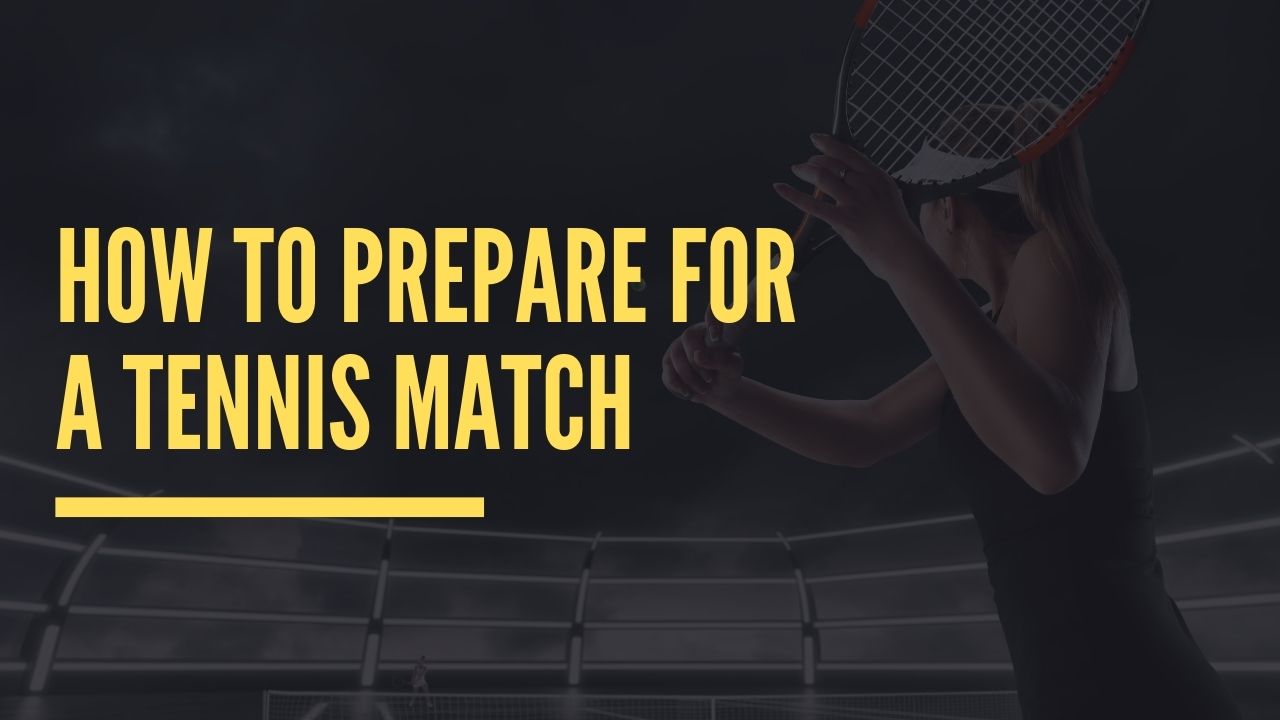 The first thing to do before playing a tennis match is to look for a place to play either a park or a tennis club or even a gym.

you will probably need to pay some money to play either a membership or just the match fees, or you can find a park to play for free anyway it depends on your location.

the second step is to buy some tennis supplies, as we know you can’t play tennis without a racquet and a ball I think it important to get at least three balls because they get lost easily

Don’t buy professional tennis supplies. It’s important to know how to choose the right racket for you. However, some tennis clubs can provide basic supplies.

Make sure to contact your coach before choosing equipment for the first time to prevent injuries like tennis elbow.

the last thing you need to do is to choose an opponent to play tennis with, you can ask anyone of your friends who plays tennis, if not try to use online searching to look for some local tennis club in your area.

What should you know to play a tennis match? 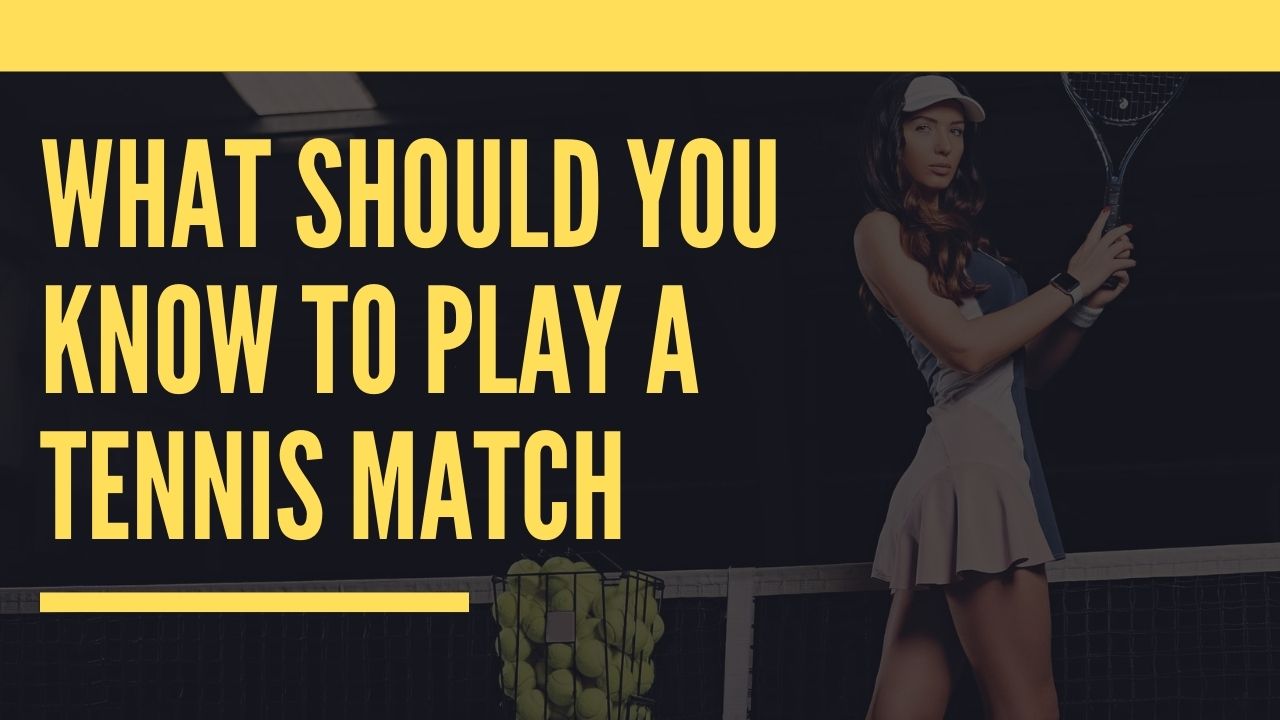 The object of the Game

The tennis game is played on a rectangular court with a mesh passing across the center. The goal is to hit the ball over the mesh, make the ball fall to the middle part of the court, and prevent the opponent from returning the ball. You can win points Whether your opponent cannot pass the ball back in the court or if he passed it to the side parts of the court and also out of the court.

singles match: this is the most famous type of tennis game, which requires two individual players competing, one vs the other.

doubles match: two players per team (four players in total). In this type of game, gender does not matter. Compared with single matches, doubles uses a wider range of venues.

Mixed double: the same as the doubles game, but in this type of game the team should be mixed, one man and one woman.

For starters, it’s important to note the game of tennis makes no mathematical sense. We know it’s weird, but it’s best practice to just memorize the score for what it is and don’t overthink it.

Second, the server has two chances to successfully hit a tennis ball into the designated area. This designated area is commonly referred to as the service box

Third, before the server attempts to serve in the service box, you must first call the score out loud so both players can hear and agree, for the server must say his or her score first before saying the opponent’s score.

Fifth, the server must stand behind the baseline and is not allowed to touch or cross that line until after they have made contact with the ball.

If the server misses the first serve, it is known as a fault, then they get a second chance to make it in the service box if they miss that serve. It’s called a double fault and the other player will automatically win the point.

If at any point the ball hits one of the boundary lines, it is always considered it either player hits the ball on the net, hits the ball outside the lines, the ball bounces twice or player touches the ball twice to get it over. Then the other player wins one point.

How to warm up for a tennis match? 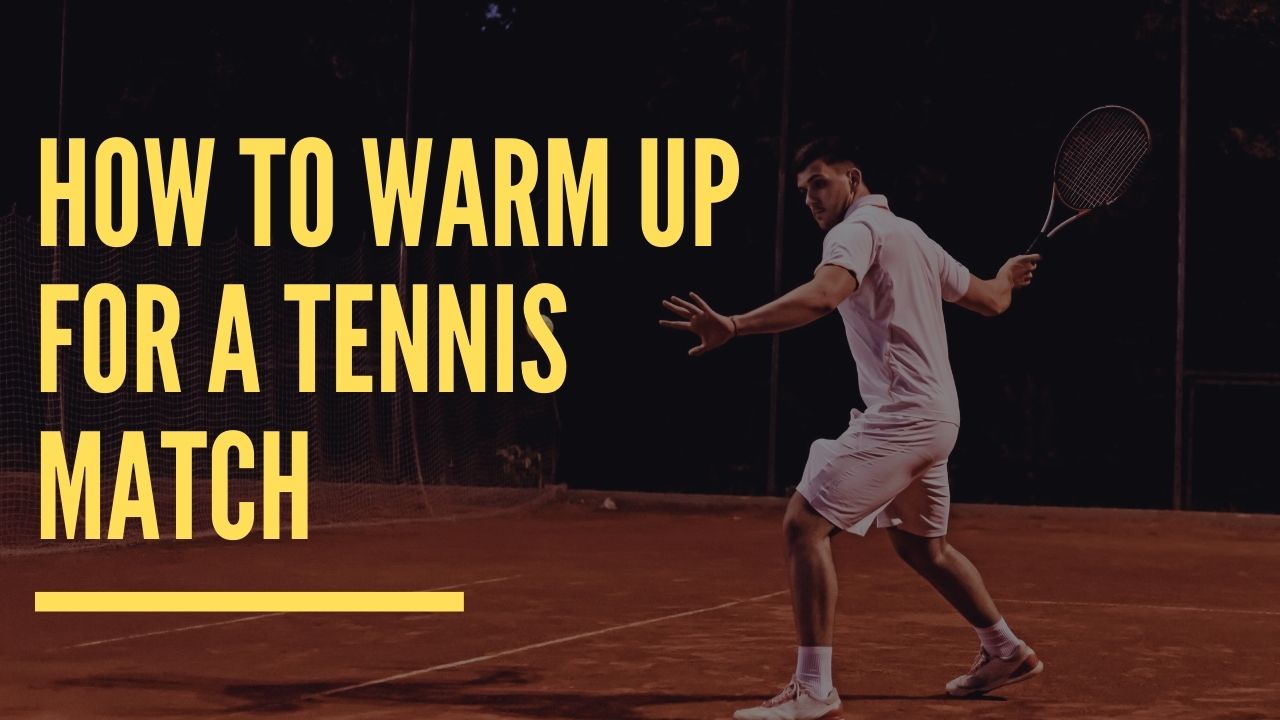 In order to hit your best shots, you should prepare by hitting all the strokes in your arsenal, take the time to practice volleys, groundstrokes overheads, serve and service return. I suggest, beginning with a volley drill from about the service line depth to get the hand-eye coordination jumpstarted.

Hit easy shots to forehand and backhand, stay on the balls of the feet and get your eyes tracking the ball. This sounds like a great way to get started.

Next, start your groundstrokes warm up by hitting easy rhythm, producing strokes.

try to hit from both sides equally, but also be aware that many more strokes will likely come to your back end in competition.

Already knowing that nerves in a match produce tension, which results in shallow forehand and backhand depth, just try to hit to the baseline or just beyond.

This has actually always been my target area.

Hitting the ball consistently deep will hinder the opponent from easily attacking with an approach shot and then owning the net.

The warm-up is your open invitation to preview the strength of their back backhand, look for flaws and movement and core coverage, and analyze any consistent patterns that many players develop based on strength or weakness in their game.

how to play tennis at home during Confinement with some imagination? 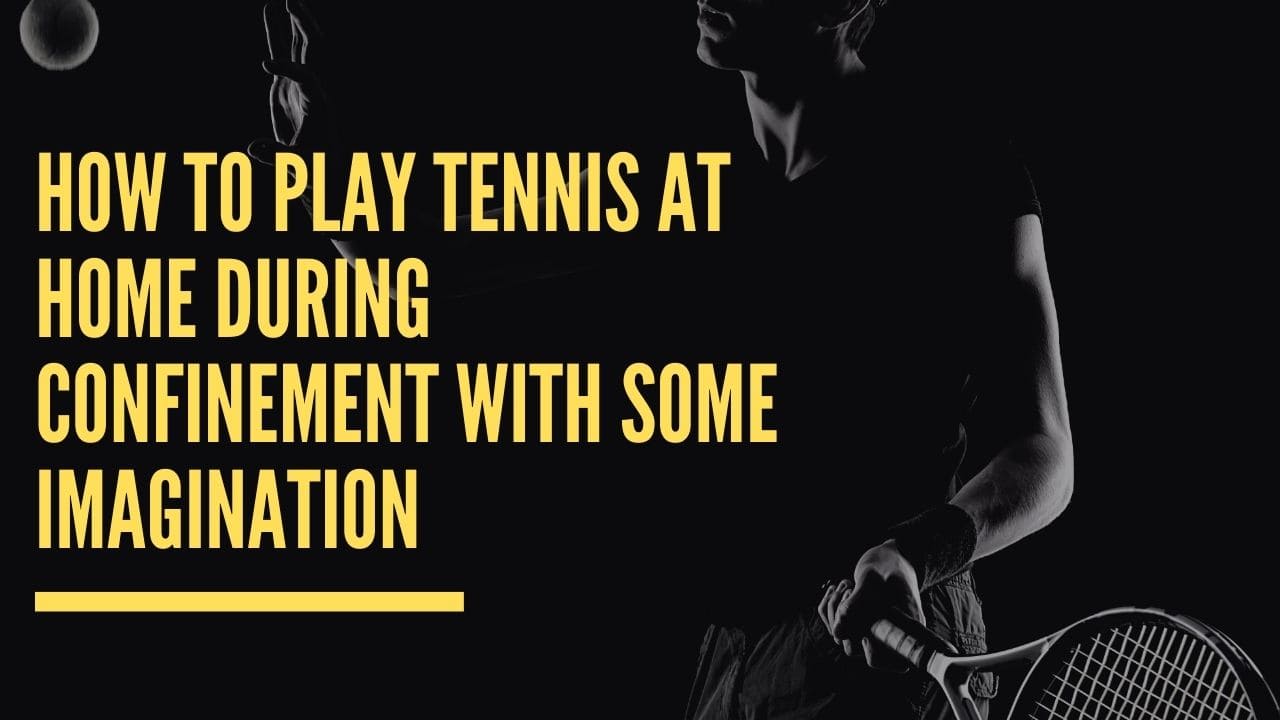 Now if you’re on social media you’ve probably seen some of the things I’m about to mention that have gone viral. But I’ve got seven tips including some links on some of what people are doing to get rid of some of the quarantine and boring attitude that can come up if you’re stuck in the house too much.

No one is the most basic one. And that just grabs a tennis racquet and ball and go find a wall to hit against. It doesn’t take much.

There are walls everywhere. Just look for one that’s fairly smooth and then more importantly an area that has a smooth surface ground typically a garage area where cars are coming and going.

Now obviously there are not as many cars coming and going these days since everyone’s quarantines you can really think outside the box when you’re looking for walls to hit against.

And it’s really great for birding through some anxiety and getting a great workout. Here’s the latest viral video to Italian tennis players, two girls hitting on rooftops in Italy.

It’s currently going viral and it’s a nifty way to do social distancing and have a little fun outside without harming your partner or anyone nearby.

You know things you can do is just kind of come up with an impromptu tennis court. You have to think a little bit outside of the box. For example, if you’ve got one of that miniature tennis that they use for four kids or you’re a pickleball player you could take that outside.

Now one of the things you could do to make this more adaptable is used either a sponge ball or a red ball and maybe the most orange ball that I would recommend are red balls he could kind of just keep the ball in play they’ll catch a lot of air resistance and it’s really quite a fun time.

If you’re indoors I would definitely recommend using a red sponge ball. Those balls are really nice because they’re not going to break anything if it hits anything. You can also improvise with an if you’re a Ping-Pong aficionado.

I’ve got a nice dining room table in my living room or dining room rather and you can string up a little temporary net or just set up some things as a barrier across the table. And before you know it you’re playing ping pong and tip number five. No cabbage.

Novak Djokovic took this to the next level by using frying pans with a little soft tennis ball. He laid down a table and I include a link in the show notes.

You can check out Novak Djokovic playing a little mini tennis with frying pans in his living room. Of course, you probably have heard about the Federer challenge that’s our number six tip.

He also took a ball against the wall and he just volleyed it in a high-frequency format right against the wall in his nearby community. And then finally Andy Murray’s challenge is to take yourself and your spouse and go outside and try to volley 100 shots in a row.

So guys Here is the full guide on how to play tennis which part of this article do you like most? Let me know in the comment section!

Now it’s your turn to follow the steps and start playing this amazing sport. If you liked this article make sure to share it with your friends.